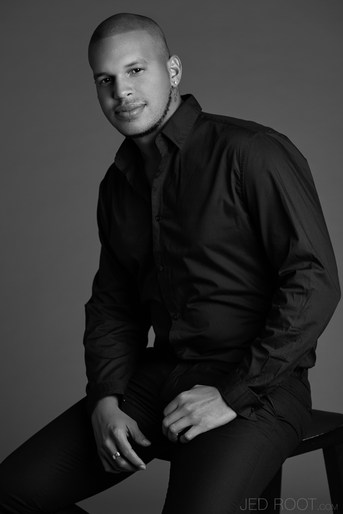 Victor Noble was born and raised in San Juan, Puerto Rico where he was exposed to the fashion industry at an early age. At fourteen he worked on his first editorial. Being on set and having first view of the work in print inspired him to continue as a Makeup Artist. It became his sole passion.

It quickly became clear that Victor had to move to a fashion center. At eighteen he visited New York City and never left. The city was and is his dream. Victor's talent, charming personality, and ability tow ork well under pressure make him a desirable team member. These qualities led him to constant travel for work with top tier fashion periodicals such as Vogue, Numero, Elle, Allure, L'Officiel, Marie Claire, Harper's Bazaar, Cosmopolitan, Grazia Magazine, Glamour, Esquire and Paper Magazine to name a few.

He has also worked with the designers Erin Fetherston, Mara Hoffman, Maiyet and Lie Sangbong. He feels blessed to have worked with photographers James Macari, Silja Magg, Francesco Vincent, Enrique Vega, Ed Singleton and An Le. His advertising clients include KKW Beauty, Lod & Taylor and Zingara.