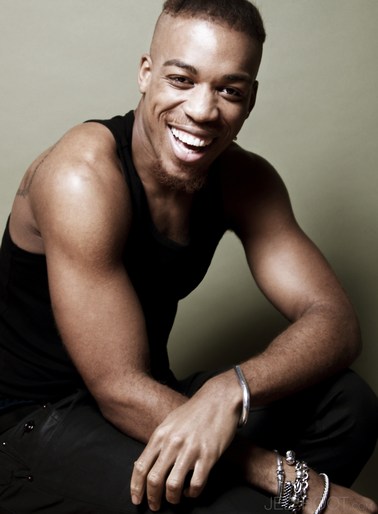 Vernon François is the British-born, Los Angeles-based, celebrity hairstylist, educator and brand founder.  He is also global consultant, celebrity hairdresser and educator for Redken, and global inclusivity and education advisor for Kérastase.

Obsessed with hair since childhood, Vernon works with all hair textures ~ kinky, coily, curly, wavy and straight ~ championing the versatility of kinky, coily and curly hair.  As well as creating some of the most talked about A-list hairstyles, Vernon helps individuals the world over to erase any fear of managing their hair at home through embracing its shape, volume and personality.

Vernon’s brand, VERNON FRANÇOIS® Haircare, is vegan, Leaping Bunny certified cruelty free, and is simple to navigate with colour coding and visual icons he created thanks to his dyslexia.

The Hollywood Reporter named Vernon one of Hollywood’s most influential hairstylists for four years running.  His work with Oscar-winner Lupita Nyong’o featured in the Top 25 Beauty Moments of the Year, Serena Williams’ Vanity Fair cover grabbed global attention, and François was a finalist for Refinery29’s Beauty Innovator of the Year.  InStyle magazine named Vernon a black beauty founder changing the industry and his brand won Most Inclusive Hair Brand at Yahoo! Lifestyle’s Diversity in Beauty Awards.  Vernon is a judge for Allure magazine’s Best of Beauty Awards, also North American Hairstyling Awards (NAHA).   Additionally, NAHA has appointed Vernon to their advisory committee to help shape and lead the direction of the awards.

Raised in Rastafarian household, Vernon taught himself to braid, loc and twist hair at just eight years old.  At age 14 he worked at a salon on London’s Oxford Street, winning Newcomer of the Year at Black Beauty Hair Awards at age 17, Black Hair Junior Stylist of the Year at 19, and featured in the list of Top 20 Influential Black People Under 40.

To learn more about Vernon François the man and the brand visit www.vernonfrancois.com
X
Facebook Twitter Pinterest Tumblr
X
Download Please provide your email address and we'll send you a link to download a pdf of all the images in this album.
Sheet Spread Album